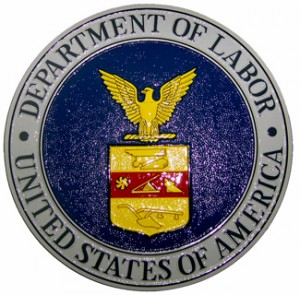 Nonexempt employees are paid for all hours they perform work.  That’s it, right?  Of course that’d be much too easy.  Are you allowed to pay them only for the time that they are working?  What about waiting, rest periods or even some travel time?  The FLSA requires you to pay nonexempt employees for all of this.  Here are a couple of issues that will hopefully guide you in determining mandatory compensation for hours worked.

The Supreme Court provided the definition for working hours adopted by the FLSA regulations in its long-standing decision Tennessee Coal, Iron & Railroad Co. v. Muscoda Local No. 123, 321 U.S. 590 (1944). In that case, the Court determined that working hours include all time during which a nonexempt employee is engaged in physical or mental exertion controlled or required by the employer and pursued necessarily and primarily for the benefit of the employer and its business. (See 29 C.F.R. §785.7.) In addition, the time an employee spends after clocking in, getting to his job, and preparing for it generally should be paid. However, the time which the employee spends waiting, just because he arrived early, is not.

As a general rule, employers do not have to pay for any time before and after the employee’s “principal activity” unless there is a contract, custom, or practice requiring pay for these preliminary and concluding activities. However, time spent by employees in activities before or after the regular workday must be counted as time worked if the activities are an integral and indispensable part of the employee’s principal activities. (See 29 C.F.R. §785.9.) Working hours also may include time when the employee does not actually perform any work but is engaged to wait.

As is the case in many FLSA issues, your requirement to pay for ‘waiting time’ depends on some key points. According to the FLSA regulations, “facts may show that the employee was engaged to wait or they may show that he waited to be engaged. Such questions must be determined in accordance with common sense and the general concept of work or employment.” (See 29 C.F.R. §785.14.) The regulations generally distinguish between on duty time, off duty time, and on call time.

On-Duty Time: Where waiting is an engrained in the basic nature of the job, time spent waiting is compensable work time.  Where an employee cannot use the time effectively as personal time is another way to look at on duty waiting time that is compensable.

Off-Duty Time: An employee is considered to be off duty during periods when he is “completely relieved from duty and which are long enough to enable him to use the time effectively for his own purposes.” An employee is not completely relieved from duty unless he is told in advance he may leave the job and that he will not have to begin work until a specified hour has arrived.

Though a concept like ‘working hours’ seems to be generally accepted by many as the hours that we’re at work, the exceptions can become very granular in their specificity.  We, at HRInsights strive to make our members aware of these exceptions to FLSA and other laws that encompass HR compliancy.