GET THE FINAL ROSE

In a unique comparison, Frank McCabe is back with some recommendations for job candidates. As employers, are these the characteristics you want to see in interviewees?

Frank McCabe is the Vice President of Marketing and Communications at The Beacon Group, a Massachusetts-based construction, logistics and facility services firm.

If you have never watched the ABC primetime reality dramedy, The Bachelor, (which I will fully deny seeing to the grave) then allow me to explain how it could translate into the business world.

The premise of the show is simple.  ABC selects one male (or female, depending on the season) and introduces them to twenty-five members of the opposite sex to see if one of them might be the person he/she wants to marry.  Over the course of the show, the bachelor and his suitors go an elaborate dates and adventures around the world– some of them as a group and some one-on-one dates.  These dates include everything from sky diving to skiing to Olive Oil Wrestling Matches in Turkey (nope, not kidding, that happened this week…I read).  At the end of each episode the bachelor gives out a designated number of roses.  Those who receive a rose get to stay for at least another week – those that don’t, go home.  The final show reveals the final rose…you get it.  It is all very silly and far-fetched but, nonetheless, entertaining…from what I am told. 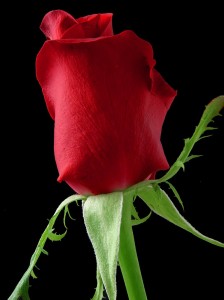 However, I believe that certain attributes of The Bachelor can be applied to business.  Specifically, the art of getting hired for your next job.  As I have watched (I mean, been told by my wife), these men and women go to incredible lengths to make the best possible impression on this one person they just met to prove they are best suited for “the job”.

In this season of The Bachelorette, Ali has an incredibly sordid cast of characters vying for her love and affection.  Justin, an aspiring pro-wrestler, is actually leveraging the show as a publicity stunt to boost his career in the ring.  Casey, an advertising executive/blooming serial killer, got a ‘special’ tattoo on his wrist to prove his commitment and loyalty to Ali.  Depressing and insane acts?  You bet.  But, if we approach the next job opportunity for that position we want with similar (but less Charles Manson-esque) passion we may just find it successful.

Lastly, I will admit it.  I have watched the show.  OK?  Happy now?