Cyber Bullying @ Work: Are You Prepared? 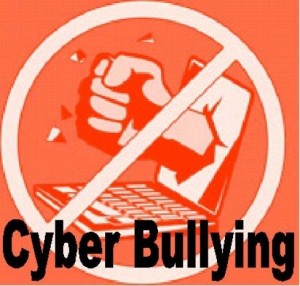 Cyber bullying has become a hot topic with technology becoming more easily accessible and young kids acting as young kids always have.  Bullying, while abhorrent, is something that existed well before Facebook and instant messenger and it is likely to exist far after these technologies become obsolete.  But technology lowers the barriers to bullying significantly.  Students can bully their peers from their home computers, far from the watchful eyes of their teachers or parents.  They can also take advantage of viral social media trends, gaining, en masse, “fans” and “followers” of their hatred in minutes.

There are a limited, but disturbingly increasing, number of cyber bullying attacks that extend past middle school and high school.  One of the more recent and more public attacks centers around Andrew Shirvell, Assistant Attorney General of Michigan, and Chris Armstrong, the first openly Gay (and current) President of the University of Michigan Student Assembly.  Andrew Shirvell has, since April 2010, maintained a blog (now only open to invited readers) that attacks Chris Armstrong, his family and friends as well as his political agenda.  As is to be expected in a situation like this, both parties claim innocence and strict adherence to their constitutional rights to speech, in Shirvell’s case, and equality, in Armstrong’s case.

The buzz around Shirvell’s behavior (arguably, cyber bullying) is that according to Michigan’s statutes, an official may be removed from office for “conduct unbecoming of a public official.”  From the perspective of Shirvell’s boss, Mike Cox (Attorney General), where do you draw the line between freedom of speech, exercised outside the workplace, and “conduct unbecoming of a public official”?  Cox suspended Shirvell as of September 30th, seven months after the blog went live, at least a month after the behavior become the focus of a national media frenzy and seven days after Shirvell posted a particularly hateful post targeting Armstrong and his family.  Cox’s indecision during this time has continued to harm Armstrong’s reputation not to mention Mike Cox, himself, and the already fragile national reputation of the state of Michigan.

There have been a few publicized examples of cyber bullying in the workplace and it is almost always considered harassment.  It may be cut and dry if the harassment is occurring from one work email address to another, but what if the harassment takes place completely outside of work and without use of employer resources?  With how quickly technology is advancing and the lines between work and play are blurring, I wonder if our policies, procedures and handbooks are being adequately updated.  I urge you to take another look at your HR documentation to verify that you have a procedure in place for cyber bullying, both in and outside of the office.  If you do have documentation in place, verify that the language is clear enough for you to act upon.  Stay away from language, to channel the Michigan government, like “conduct unbecoming of an employee” as this vagueness can lead to confusion and possibly lawsuits.